Britain on a Plate, the new recipe book for the TM5 from Thermomix UK has just been published.

I couldn’t wait to read through my copy and now I feel really inspired to get cooking at the weekend.

We’d had shoulder of lamb last week and there were plenty of leftovers. The meat was still fairly pink and not overcooked, so I took all the meat from the bone, minced it for approximately 12 seconds on Speed 6 in my TM5 and had enough to try the Shepherd’s Pie recipe on page 66. Why wait for the weekend?

As with all Thermomix recipes the instructions were really clear. Because I was using cooked meat mince I added extra stock to make sure there was plenty of liquid in the meat sauce. I added a grating of cheese to the potato before it went into the oven – so I had a lovely crunchy golden top 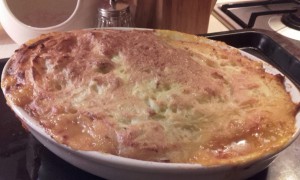 The Result: Supper fit for a King or rather a very hungry golfer! I made one large pie for two and then made mini pies to take to elderly relatives for lunch the next day – so I was very pleased to be able to use up my leftovers and produce such a tasty meal.

My only comment…I like my Shepherd’s Pie with a really punchy tomato sauce so next time I would add more Tomato Puree – at least 50g for this amount of meat – but it’s personal taste here. I also found I needed to mash the potato longer than stated, but that’s no doubt due to the variety of potato I used. The pie was delicious.

My favourite cook books are those with pictures so that you can see what the end result should look like. The pictures in Britain on a Plate are gorgeous and as Mary Berry would say “Very Appetising”. While there are recipes for all seasons, what I particularly like are the new bread recipes especially the muffins and crumpets, just in time for Autumn, the comfort foods such as savoury bread and butter pudding as well as a chocolate version and I can see there will be quite a lot of Scottish Tablet given away this Christmas.

If you’d like a Free copy of Britain on a Plate – it’s our current host gift and Thank you for hosting a Thermomix demonstration* But as you’ll probably know the host gifts change frequently so get your skates on. I’m taking bookings for October now. For more information give me a call on 07725 576472 or email me here 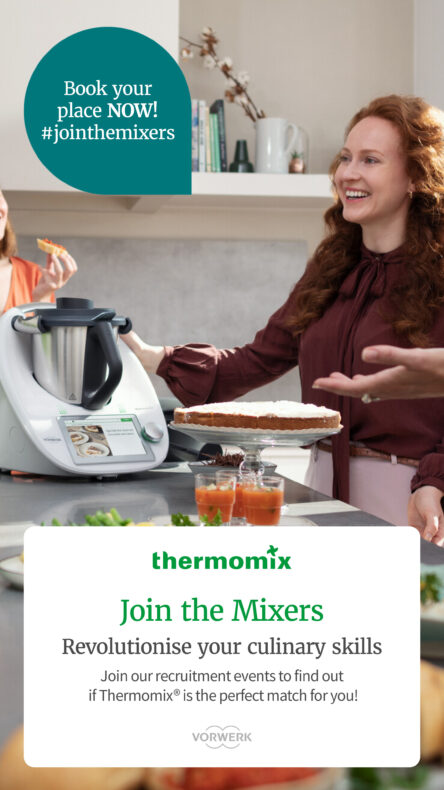 Are you looking for a flexible part-time job with hours to fit around your family...

Join my team, we are based in Kent

I am looking for advisors in Margate, Broadstairs, Canterbury, Deal, Folkestone, Tenterden, Ashford and other locations...

Cooking Experiences may now be booked virtually on Zoom or Face to Face . (March 2022)

I am able to offer virtual demonstrations and welcome visits and offer support to new customers via Zoom, social media, text and email.

Please call me, Helen Kendall-Tobiasd on 07725 576472 if you would like to purchase a Thermomix and to arrange a demonstration.

“THERMOMIX® ” is a registered trademark of Vorwerk. Vorwerk does not support, authorise or endorse this site. Official Thermomix UK Website.

Find out more about how our site works and how we put you in control:

This website uses cookies to improve your experience while you navigate through the website. Out of these cookies, the cookies that are categorized as necessary are stored on your browser as they are essential for the working of basic functionalities of the website. We also use third-party cookies that help us analyze and understand how you use this website. These cookies will be stored in your browser only with your consent. You also have the option to opt-out of these cookies. But opting out of some of these cookies may have an effect on your browsing experience.
Necessary Always Enabled
Necessary cookies are absolutely essential for the website to function properly. This category only includes cookies that ensures basic functionalities and security features of the website. These cookies do not store any personal information.
Non-necessary
Any cookies that may not be particularly necessary for the website to function and is used specifically to collect user personal data via analytics, ads, other embedded contents are termed as non-necessary cookies. It is mandatory to procure user consent prior to running these cookies on your website.
SAVE & ACCEPT
error: Content is protected !!