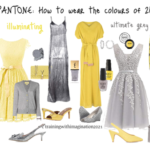 Ultimate Grey and Illuminating are the pantone colours 2021 chosen by the Pantone Institute.

This is a quote from Leatrice Eismann of the Institute: “they are a marriage of colour conveying a message of strength and hopefulness that is both enduring and uplifting“.

END_OF_DOCUMENT_TOKEN_TO_BE_REPLACED 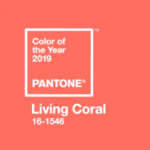 Living Coral has been announced as the Pantone colour for 2019

Its a colour that looks fabulous in a full length dress. A t-shirt or jumper. And of course Living Coral works well as an accent colour with blues and purples.

END_OF_DOCUMENT_TOKEN_TO_BE_REPLACED 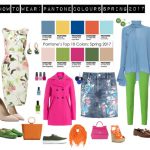 Are you tired of the drab colour in your 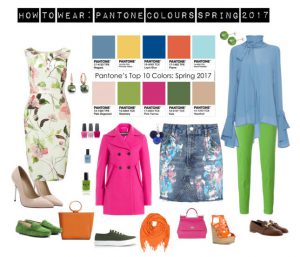 winter wardrobe? If you’re anything like me, now that spring is really around the corner, you’ll be desperate to add a bit more colour to your outfits. But where to start?

When I first saw the Top 10 Pantone Colours for 2017 I was a bit underwhelmed. OK Greenery, their top colour of the year is an eye popping shade of green. And fortunately you can find it in slightly differing shades so you’ll be able to find one that really flatters your own skin tone.

But the other colours?

Having had time to think about their colour choices I can see that it’s not going to be difficult to add any of them to an existing wardrobe.  At £34 the denim skirt from Top Shop has 4 of the colours in one go – making it a very versatile purchase when paired with T-shirts and tops in matching colours. It won’t show grubby marks either for those of you with babies and toddlers. (Although watch where those colours hit on your thighs as it might have a “widening” effect.)

Macs are all the rage for the spring and with a quick look on line you’ll easily find one to brighten up a rainy day. Shoes and accessories are a good place to start with a colour you’ve not worn before and if you’re really not sure – why not treat yourself to a new nail varnish.

You’ll find all the details of these items on my Polyvore at myimagination please click the photo! 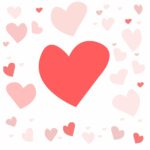 If you thought it was only men that get grumpy with age, you should have been sitting with me while reading the Sunday papers and catching up on magazines, this weekend…steam, sparks and generally seeing red… What really gets my goat is the utter nonsense written by the journalists/come stylists in various well known Sunday Magazine supplements and indeed other “reputable” fashion magazines.       What am I alluding to?

END_OF_DOCUMENT_TOKEN_TO_BE_REPLACED

A Gift Voucher from Imagination is the Perfect Present

The sales are in full swing at the moment, and you’ll know that the sales are a good time to buy a new winter coat or raincoat. While black is a practical colour – let’s experiment this year and inject a bit of colour into our outer wear, to brighten the gloomy winter days. END_OF_DOCUMENT_TOKEN_TO_BE_REPLACED

Orange is the essential colour for this spring summer 2012 season. If you’re not sure about orange add a splash of colour with a few accessories.

If you feel more condfident – colour block with orange or wear it top to toe.

What colour will you wear or did you wear at your wedding? When Kat married Alfie on Eastenders, she wore red. In fact, she wore the same red dress to both of her weddings to Alfie – but added a gold bow over her bump, the second time around. Paula Yeates also wore red, when she wore a stunning red Vivienne Westwood dress at her wedding to Sir Bob Geldof, in the 80’s.

The Van Eyck picture “The Arnolfini Marriage” celebrates a young woman wearing a green dress, and Elizabeth Taylor wore yellow when she married Richard Burton in 1964.

Marilyn Monroe wore a brown fur trimmed suit when she married Joe Dimaggio and possibly the most famous pink dress in recent years was that of Jordan (Katie Price) when she married Peter Andre.

At the time of writing, the designer of Catherine Middleton’s gown still remains a closely guarded secret. According to recent press coverage, the Alexander McQueen team has announced it is not them.

Whether Catherine’s dress will be decorated by 10,000 seed pearls, as was the wedding dress designed by Norman Hartnell for Her Majesty the Queen in 1947, is unlikely. It is also unlikely, that when Catherine marries William later this month, she will wear any colour other than white or ivory. This is, of course, the traditional colour for Royal Brides, and its origins go back to the early years of the 18th Century, when white and silver first became popular colours for royalty. The colour was made fashionable for everyone, by Queen Victoria, when she married Albert in 1840.

Of one thing I am certain – whatever colour Kate has chosen for her dress, in her married life, Catherine looks set to “live in a whirl”.

Find out more about how our site works and how we put you in control:

This website uses cookies to improve your experience while you navigate through the website. Out of these cookies, the cookies that are categorized as necessary are stored on your browser as they are essential for the working of basic functionalities of the website. We also use third-party cookies that help us analyze and understand how you use this website. These cookies will be stored in your browser only with your consent. You also have the option to opt-out of these cookies. But opting out of some of these cookies may have an effect on your browsing experience.
Necessary Always Enabled
Necessary cookies are absolutely essential for the website to function properly. This category only includes cookies that ensures basic functionalities and security features of the website. These cookies do not store any personal information.
Non-necessary
Any cookies that may not be particularly necessary for the website to function and is used specifically to collect user personal data via analytics, ads, other embedded contents are termed as non-necessary cookies. It is mandatory to procure user consent prior to running these cookies on your website.
SAVE & ACCEPT
error: Content is protected !!